It is easy to get swept up in romantic notions of war.

Today, we commemorate the second day of the battle, a horrific day of carnage. Our thoughts are drawn to a little rocky hill where Warren, Vincent, Chamberlain and O'Rourke earned their fame, and to the 1st Minnesota and its heroic charge - "Colonel, do you see those colors? Take them!" And many other spots up and down the Army of the Potomac's defensive lines.

We should think about, and commemorate others on this day though. The battlefield was not one vast empty stretch of land designed for Civil War combat. People lived in the homes that dotted the fields - and their lives were torn upside down on July 1st, 2nd and 3rd. 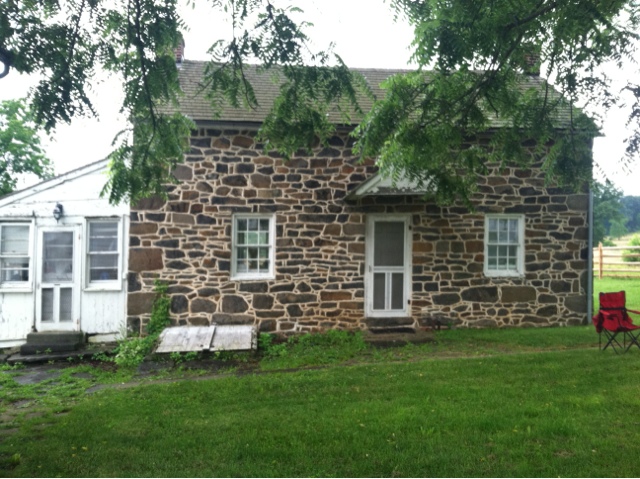 This morning I find myself visiting the Slyder Farm. On this day in 1863, their lives would change forever. On the afternoon of July 2nd, 1863 - John and Catherine Slyder, along with three of their children, were ordered out of their home at the base of Big Round Top by officers of the 2nd U.S. Sharpshooters. When Longstreet's attack rolled forward around 4 p.m., the sharpshooters would use the stonewalls and fence lines built by Slyder to put up a stubborn resistance. 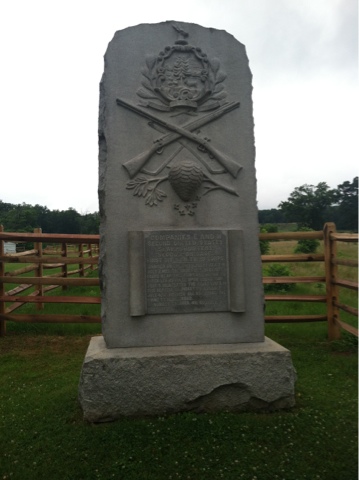 John returned to the house on July 5th only to find it filled with Union soldiers. His bedding had been torn to shreds, used for bandages when his home had become an impromtu aid station for wounded soldiers. His house was a bloody mess, his livestock were gone, and his crops were destroyed. He and his family were on the verge of bankruptcy. He filed a damages claim for up to $240 with the federal government, but received nothing. That fall, rather than rebuild what he had lost, Slyder posted his farm for sale, and moved to Ohio.

On other farms, the stories were much the same, or worse. The human toll of this battle, and the suffering the armies left in their wake, are unimagineable.
Posted by Steve L at 9:30 AM