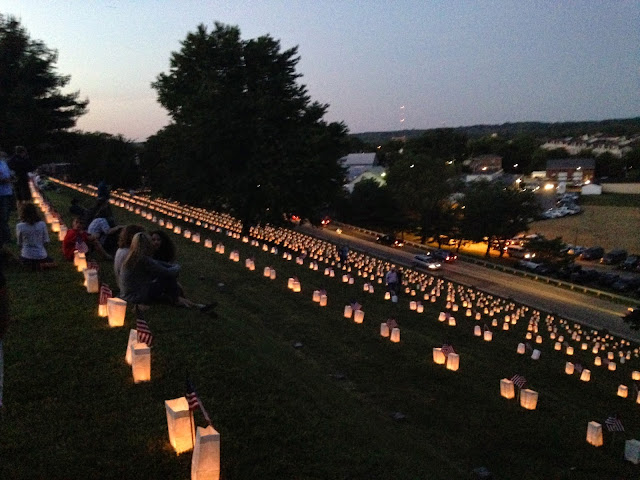 Last night, Fredericksburg & Spotsylvania National Military Park held it's 20th annual National Cemetery Illumination to commemorate Memorial Day. This wonderful event is a partnership involving Girl Scouts, Boy Scouts, and other helping hands (nearly 1,000 volunteers all told). The beautiful cemetery was lit up with more than 15,300 candles--one light for each soldier resting at peace on the heights made famous during the 1862 Battle of Fredericksburg. In addition to the illuminaries, NPS staff and volunteers stationed themselves at various points throughout the cemetery to share individual stories of fallen soldiers. 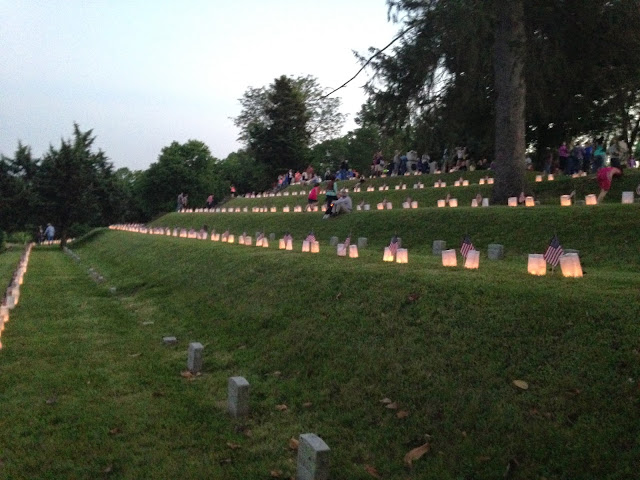 The United States Congress created the National Cemetery in July of 1865, just three months after the end of the Civil War. It became the resting place for more than 15,000 United States soldiers. Most of these are Union soldiers who died in camps near Fredericksburg due to disease, or in one of the four major battles and countless minor actions that took place around Fredericksburg during the war.  Roughly 100 of the graves are 20th century soldiers, and a few spouses, but the cemetery closed to new burials during the 1940s. About 12,000 of the 15,000 soldiers buried here have not been identified. 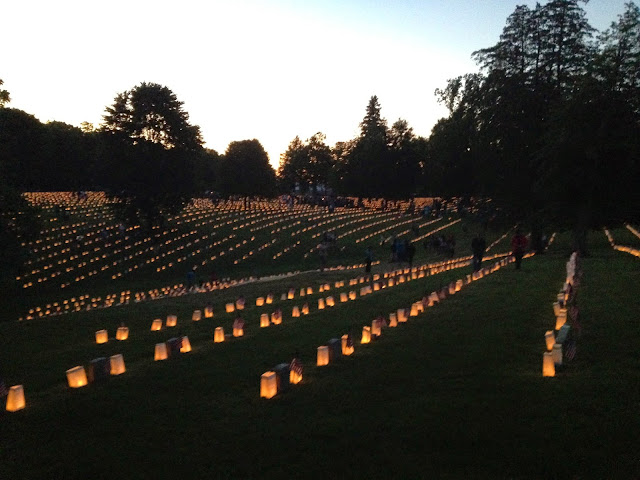 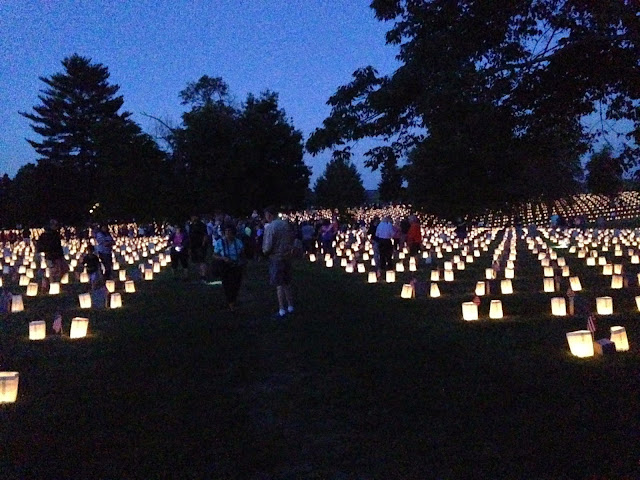 According to Fredericksubrg & Spotslyvania's twitter feed - last night's commemoration seemed on its way to an attendance record, with more than 6,600 people with an hour left to go. 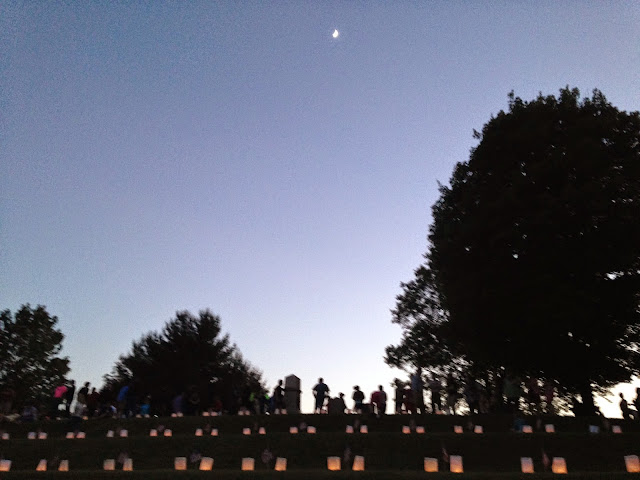 The illuminaria is a fitting way to commemorate fallen soldiers on Memorial Day. The tradition harkens back to the very origins of Memorial Day, a holiday that grew out of emerging traditions of decorating the graves of fallen soldiers in the immediate aftermath of the Civil War.
Posted by Steve L at 9:18 AM