This past weekend I traveled through Maryland and Pennsylvania, and on Sunday morning I spent a few hours at the Antietam National Battlefield. After nasty weather over the past several weeks, Sunday turned into a beautiful, spring-like day; perfect for a hike on Sharpsburg's snow-covered fields.

The Antietam National Battlefield has established excellent hiking trails for the intrepid battlefield tourist. The park's trail system allows a visitor with enough time and stamina to explore the entire battlefield, from the North Woods to Snavely's Ford, on foot. On previous visits, I had explored many of these trails. On Sunday, with only a few hours to spare, I decided to seek out one that I'd not previously experienced.

The Three Farms Trail does not explore areas where intense combat took place during the Battle of Antietam. However, it takes hikers to some of the quietest and most beautiful locations on the battlefield.As its name implies, the path winds its way through three farms that existed during the 1862 battle. It begins at the William Roulette farm, and passes through the secluded fields and buildings of the Joseph Parks and Joshua Newcomer farms. As you make your way south along the west side of Antietam Creek, you pass over terrain traversed and occupied by elements of the 2nd and 5th corps of the Army of the Potomac during the battle on September 17th, 1862.


You cannot access the trail head readily via car. First, you must hike a portion of the Bloody Lane Trail which begins at the Visitor Center, and visits the Mumma and Roulette Farms. More than 5,000 United States soldiers commanded by Brig. Gen. William French passed over these farms on their way to attack Confederate forces in the Sunken Road on the morning of September 17th.

After passing these farm buildings, the Bloody Lane Trail follows the Roulette's old farm lane. The start of the Three Farms Trail is found at the location where the farm lane curves to the southwest.


The Three Farms Trail connects Antietam National Battlefield's northern and southern trail networks. From the Roulette Farm, it winds its way southward, part of the way along Antietam Creek, until it connects with the Sherrick Farm Trail south of the Boonsboro Pike, modern day Route 34. 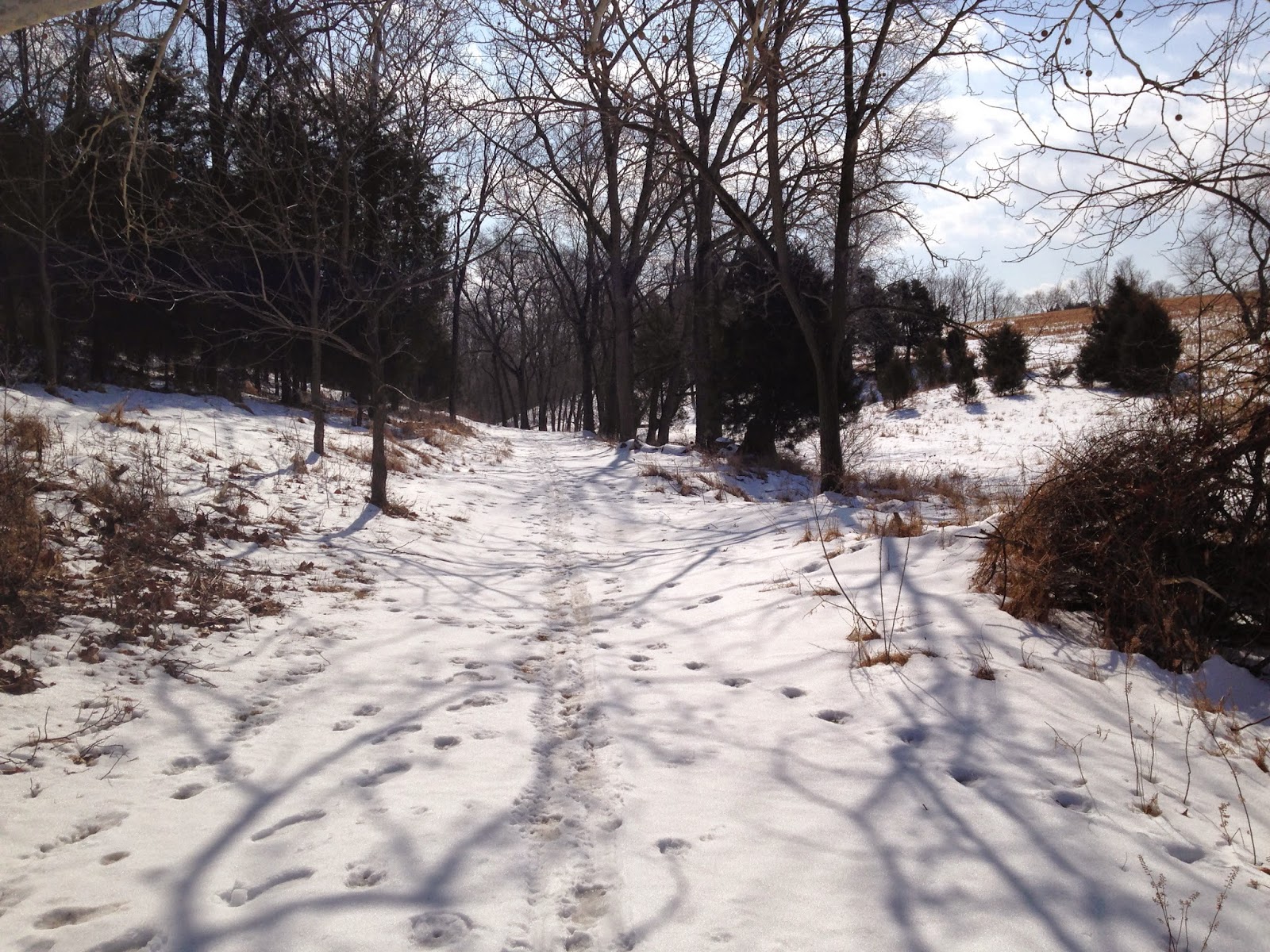 Along the way, the recreational trail joins the deep-cut trace of an old roadway as it makes its way toward the Joseph Parks farm. In 1862 this road connected the Parks Farm with the Boonsboro Pike to the south, and the Kennedy and Newkirk Farms to the north.


Eventually, the path climbs a hill and emerges into a clearing occupied by the historic buildings of the Joseph Parks Farm. According to a Cultural Landscapes Inventory completed by the National Park Service in 2011, both the main house and barn were initially constructed around 1830, though both have undergone alterations. This land was long owned by the Mumma Family, who originally built the house and farm buildings. In 1861, the Mummas sold the farm to Phillip Pry. Pry owned another farm on the opposite side of Antietam Creek, which became Maj. Gen. George McClellan's headquarters during the battle. Pry operated this property as a tenant farm, and historians believe that the tenant at the time of the battle was Joseph Parks. On September 16th, United States Soldiers crossed the creek near the farm to protect the middle bridge. The following day, Union infantry and cavalry traversed the property, artillery batteries established positions on the farm to fire against Confederate positions on Cemetery Hill, and its likely that the homestead became a field hospital. Just five days after the Battle of Antietam--photographer James F. Gibson captured a view of the Parks farmstead in a view entitled "Antietam, Md. Another view of Antietam Bridge."


Moving on from the Parks Farmstead, I neared the Boonsboro Pike. Here the trail continues on past the Newcomer Farm, crossing the pike to eventually link with the Sherrick Farm Trail. Instead of completing the trail, I chose to turn aside here onto the Tidball Trail, which ascends a steep ridge line to the position of Captain John C. Tidball's Battery A, 2nd United States Artillery during the battle. 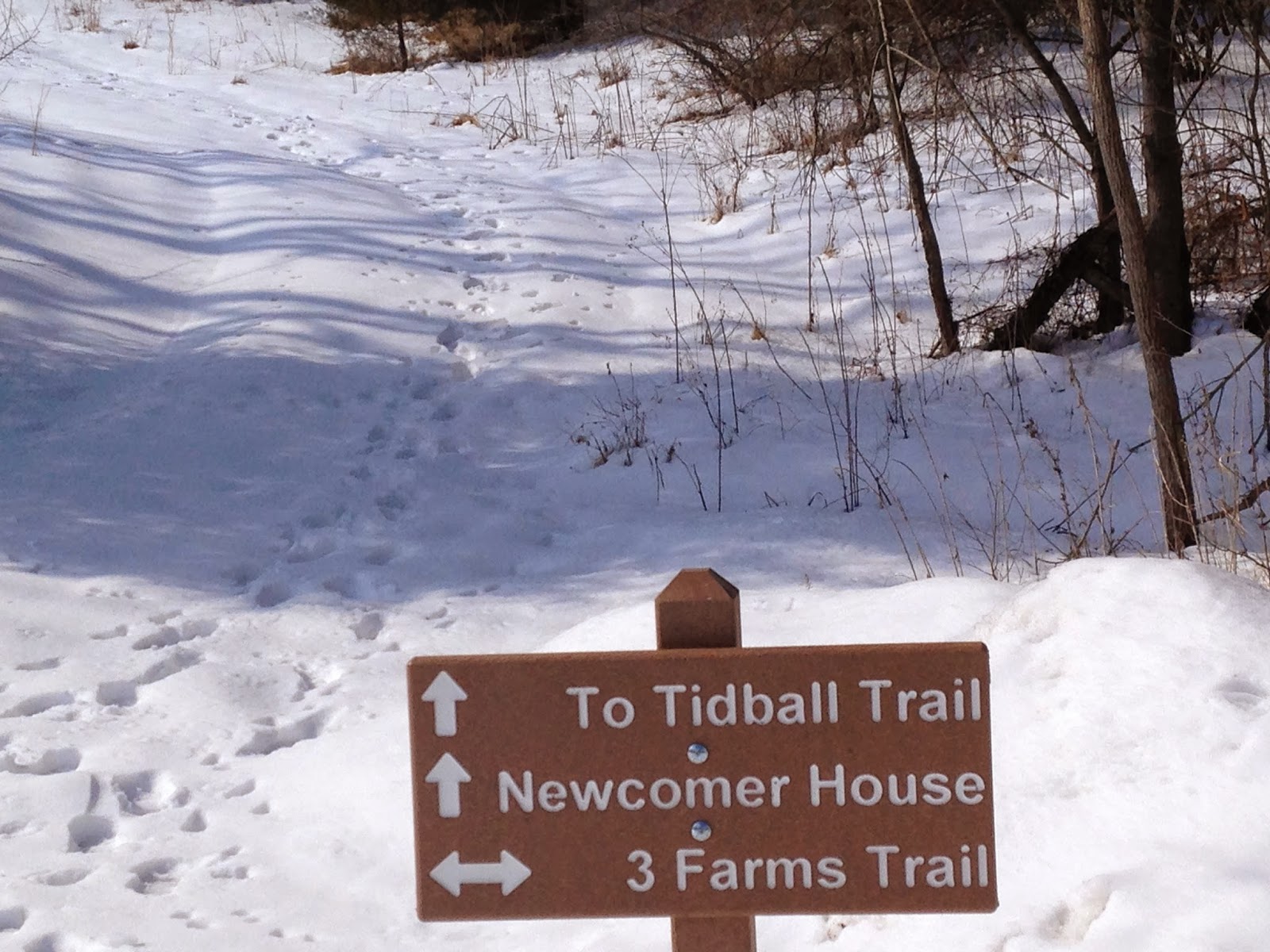 After crossing the Middle Bridge before noon on September 17th, Tidball's men hauled their six rifled cannon by hand up this steep ridge, where they expended some 1,200 rounds of ammunition protecting federal troops positioned near the Bloody Lane and supporting Burnside's advance to the edge of Sharpsburg that afternoon.

The views obtained from Tidball's position, I think, are some of the best you will find on the Antietam Battlefield. From this one position you get a good view of the terrain over which the 2nd Corps assaulted the Sunken Road, the ground over which Burnsides' 9th Corps advanced in late afternoon against the Confederate right, and an imposing view of the rolling, open terrain that McClellan's soldiers would have had to cross to attack the Confederate Center on the outskirts of Sharpsburg. Many--including myself--have criticized George McClellan for not crossing his reserves over the Middle Bridge on September 17th to attack Lee's center when one more push could have potentially crushed Lee's army. Viewing the terrain from this vantage point, however, I saw the tremendous obstacles to such a movement.

The Antietam Battlefield is surprisingly compact, but the rolling nature of the terrain rarely allows you such a sweeping view of the battlefield. Here are a few of the shots that I snapped in this location:


Running short on time. I did not complete the Three Farms Trail after viewing Tidball's position. Instead, I struck out across country to the Bloody Lane, and completed my hiking circuit back to my car at the Visitor Center. After a brisk two-hour hike, I started back on my way home to Virginia. If you have the time, hiking is the only way to truly understand a battlefield like Antietam, and the Park Service has done a great job creating these trails that provide access to the under-visited locations on the field. The different views and terrain features you will observe while hiking will likely change your perspective of the battle.
Posted by Steve L at 8:08 AM