Library Corner: Back to the Primary Sources 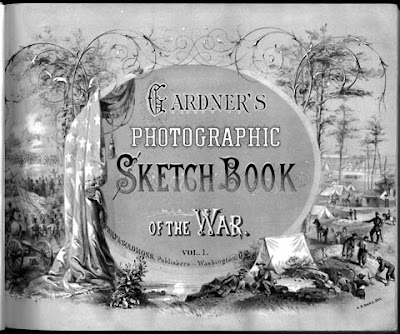 All for the Union: The Civil War Diary and Letters of Elisha Hunt Rhodes
Edited by Robert Hunt Rhodes
Published in 1985 by Orion Books

Recently I read two famous primary source accounts of the Civil War that have sat on my reading list for quite some time, All for the Union: The Civil War Diary and Letters of Elisha Hunt Rhodes, and Gardner's Photographic Sketch Book of the War. In their own way, both of these accounts made the war come to life as I read.

Every Civil War enthusiast has seen images produced by Alexander Gardner, particularly famous death studies taken on the battlefields of Antietam and Gettysburg. Personally, most of my knowledge of the Scot and his work derives from the modern photographic studies written by William Frassanito. Sketch Book is a collection of 100 images coupled with explanatory captions. Many of these images are well known, used frequently by authors, curators, and documentarians. Yet in viewing Gardner's own publication of his Civil War work, I found myself presented with more than just incredible photographs. In curating a selection of 100 images, and writing detailed captions, Gardner provides modern scholars with his own personal account of the war.

In the introduction to the 1959 Dover edition of Sketch Book, E.F. Bleiler claims that Gardner's photos "remain an objective document." Modern scholars can debate that assertion. After all, the cameramen chose what they photographed, and what they didn't. We also know that Gardner and his crew staged many scenes. And in whittling down his collection of photographs to 100 for publication, Gardner made choices about how he wanted to represent the lasting legacy of the war. Throughout this book, one theme overwhelms the reader: war's destructive power. Gardner presents a wide variety of scenes, including views of camp life and of significant buildings. Most of all, we see landscapes scarred by entrenchments and army occupation, cities and towns in ruin, and the horrific carnage left in the wake of battle. These images help the modern reader to imagine the Civil War, and for Gardner, they represented the war as he saw it. Through his captions, we see that Gardner holds high hopes that the end of the war will bring peace and prosperity, though his words drip with bitterness toward the southerners he blames for the death and destruction. Below, I've included a few exampled, with images pulled from the Library of Congress website.


Captioning this photograph of dead horses at the Trostle Farm in Gettysburg, Gardner writes:


Thousands of dead and wounded were strewn over the fields adjacent to this House, and graves of Confederates can be found in every direction. The trees are scarred by bullets, marks of cannon-shot and shell disfigured the buildings, and the remains of hastily constructed breastworks, with mouldering fragments of accoutrements, still show where the lines of battle were engaged.

Meanwhile, in one of his more famous photos, A Harvest of Death, Gardner describes a group of dead soldiers at Gettysburg he misidentifies as Confederates: 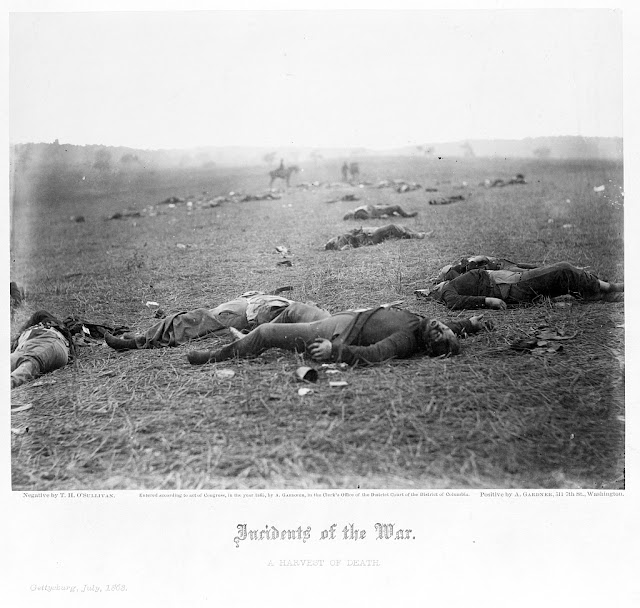 Killed in the frantic efforts to break the steady lines of an army of patriots, whose heroism only excelled theirs in motive, they paid with life the price of their treason, and when the wicked strife was finished, found nameless graves, far from home and kindred. Such a picture conveys a useful moral: it shows the blank horror and reality of war, in opposition to its pageantry. Here are the dreadful details! Let them aid in preventing such another calamity falling upon the nation. 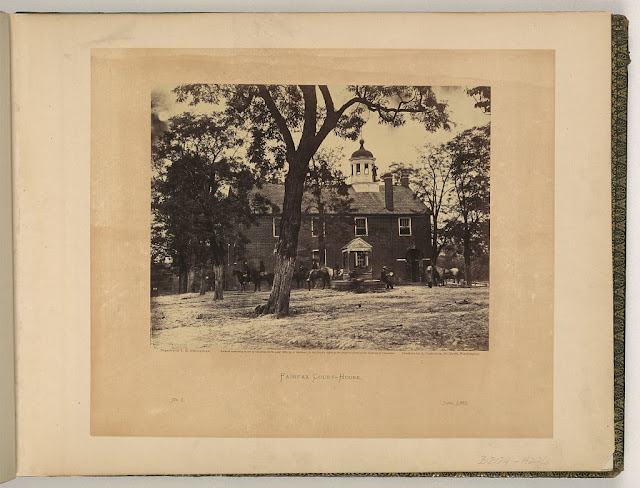 In the caption accompanying this image of Fairfax Court House, Gardner details the damage done through four years of war. He closes his caption with a hopeful tone:


The village is now, however, rapidly recovering from its misfortunes. Shattered houses have been repaired, families are returning to their homes, the Court-House is being put in order for the occupation of the courts, and, under the influence of Northern enterprise, the town promises soon to wear even more beauty than it ever knew before.


In reading Sketch Book, I was able to "see" the war, to understand human price paid and the changes wrought on the physical landscape of places like war-torn Virginia. In reading All for the Union, I connected with the personal experiences of a soldier in the army, one who almost literally saw it all. Elisha Hunt Rhodes found fame long after his death - when Ken Burns chose to use his diary as a principle source and frequent soundbite in the PBS documentary, The Civil War. Aside from the documentary, I knew very little about Rhodes before finally picking up the book that had stared at me from my bookshelf for ages. Once I dug in, I couldn't put it down.

Enlisting into the 2nd Rhode Island as a private at the age of 19, Rhodes was present for almost every major battle in the East, from Bull Run through Appomattox. Along the way, he rose rapidly in rank, becoming Colonel of the regiment in 1865. I have read many diaries, letters, and memoirs of the war - but this has gone to the top of my list as the very best. Rhodes' unassuming and thorough narrative style pulled me right into camp with the 2nd Rhode Island. As I read along I sensed this young man growing wise and more serious through his experiences in combat. The longer the war went on, the more thoughtful and introspective his entries became. And yet, amazingly, Rhodes' conviction to see the war through never for a moment wavered, and his belief in the northern cause remained absolute.

I recognized many passages that made their way into the PBS documentary, but I found also that many of my favorite passages did not make the cut. I found most stunning a letter written by Rhodes' following the fight at Spotsylvania on May 12, 1864. It was such an incredible account of the fight at the Mule Shoe, that I transcribe a portion of it here:


...At six A.M. our Brigade took possession of the Rebel works. The enemy advanced and tried to retake them. How the old Second R.I. did fire. I fired over a hundred rounds myself. Col. Read was firing when he was hit. At the same instant a bullet struck me in my right breast, tore my coat, glanced on my pocket book and bruised my right arm. It whirled me around, and I thought I was dead but soon found that I was all right. The ammunition was exhausted and the officers passed it up to the men in boxes. The New York Excelsior Brigade was driven out of the works on our Right which left us exposed to an enfilading fire, but our boys never moved. For three hours the rebels were within twenty feet of our Regt. It seemed to me that the day would never pass away. A section of Battery "B" R.I. Artillery came down and opened on the Rebels with Canister, but they staid there. About noon about one hundred and fifty Rebels through down their guns and ran into our lines unable to stand our fire. At four P.M. fresh troops came up and took our place after we had fought ten hours. Col. Edwards coming to our brigade said to Maj. Jencks, "Major, you may be proud of your Regt. this day." We laid down about twenty yards in the rear. To add to the horrors of the day it rained in torrents. All night the battle raged, and we had to lay there. Sleep would overpower us when we were not firing and such dreams as I had. I dreamt that I was home and so warm and comfortable sitting by the fire with mother and sister when some one says our lines are giving way. I jumped up wet through, and we soon drove the Rebels back again. At daylight they retreated leaving all their dead and wounded and many prisoners. We captured a Rebel Captain and a 1st Lieut. May God save me from another such scene. The ditch to the rifle pit was full of dead and wounded blue and grey. Genl. Russell estimated the number at 3000. Our men completely exhausted sank right down. I thought I should die of fatigue. I smoked most all day and so did we all we were so excited. The men did not mind shells any more than snow balls, they were so tired. They said it was death or Richmond, for they would never run. I was never so proud of my Regt. in my life.

I think the above passage demonstrates Rhodes' ability to convey horrific scenes of bloodshed (his diary entry for May 13, 1864 contains more graphic details). It also shows that Elisha Hunt Rhodes and many others in the 2nd Rhode Island maintained a grim determination to see out the war.

I am glad that I finally got around to these two fascinating, though very different, primary source accounts of the war. Sketch Book and All For the Union are great sources to pick up if you want to get a real sense of the experiences of soldiers in the Army of the Potomac. Next on my reading list - I return to modern scholarship with Scott Hartwig's To Antietam Creek. This one might take a while...