Interpreting the Civil War (and Reconstruction!) at Montpelier

My wife and I have now been in Virginia for ten days. We've found a place to live in Charlottesville, but while we wait for our moving company to bring our stuff to us, we are staying temporarily in the Constitutional Village at James Madison's Montpelier - a group of cottages used primarily to house attendees at the many seminars held by Montpelier's Center for the Constitution. While my wife has started her new job at the Center for the Constitution this week, I have spent my time taking care of numerous details related to moving to a new state. I've also had the opportunity to do a bit of exploring.

This morning I decided to brave the misty weather and take a run around the property, seeking out in particular Montpelier's Civil War Trail. I set out from the cottage and ran the mile or so to the main gate on Route 20. This modern road follows the route of the plank road that to the east connected Fredericksburg with Orange, and played such a significant role in the Battles of Chancellorsville and the Wilderness.

Nearly opposite the main gate of Montpelier, the Civil War & Gilmore Farm Trail begins with an interpretive sign exploring the history of Montpelier during the Civil War, and introducing visitors to George and Polly Gilmore, who settled on this land at the end of the Civil War. 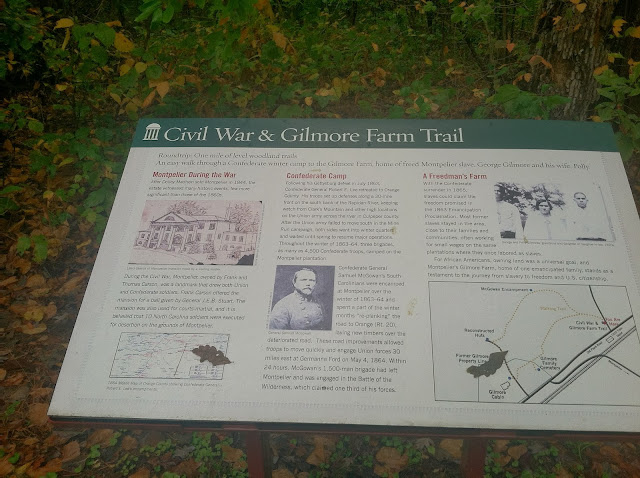 The one-mile loop trail is well-marked and groomed, and relatively flat as it meanders through a wooded landscape. I started down the path, and soon found myself frequently interrupting my run to read, learn, and take photos. The first stop on the trail highlights the dig sites where archeologists uncovered the Confederate camp of Brigadier General Samuel McGowan's South Carolinian brigade. At the conclusion of the Mine Run Campaign in December of 1863, the Army of Northern Virginia went into winter quarters in Orange County on the south side of the Rapidan River. According to the interpretive signage, three brigades - almost 4,500 men - camped on the Montpelier plantation. McGowan's South Carolinians spent time that winter replacing deteriorated planks on the road to Orange. This would enable troops to move swiftly in an emergency. On May 4th, 1864, that emergency arrived with word that the Army of the Potomac was on the move, crossing the Rapidan. McGowan's men would move off down the Orange Plank Road, and would enter combat thirty miles to the east in the Wilderness on the following day. 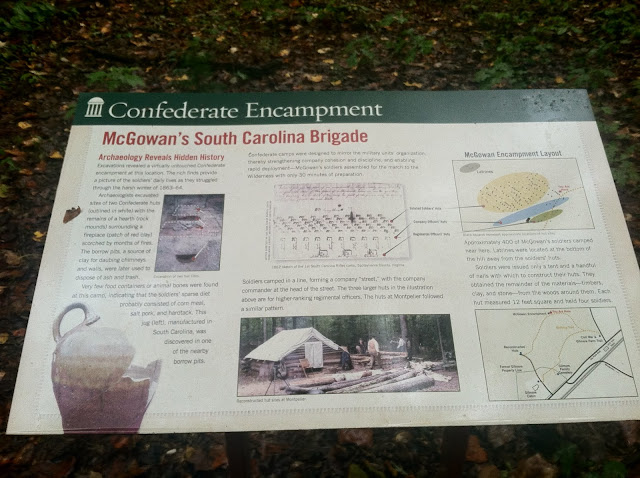 The archeological excavations here revealed that the camp had been virtually undisturbed over time. They were able to excavate two huts, uncover the organized layout of the camp into company streets, and to reveal evidence of the soldiers' diet. Unsurprisingly for those who have studied the Army of the Northern Virginia, the lack of animal bones and food containers found on the site indicated that the soldiers had little food in the winter of 1863/64, mainly cornmeal and bacon or salt pork.

Next up on my run, I stopped at an area where the Montpelier Foundation worked with reenactors to create a reconstructed Confederate encampment. Utilizing logs from the surrounding woods, the reenactors laid out a company street with five huts, one hut at the head of the street for an officer, and four huts for enlisted men. 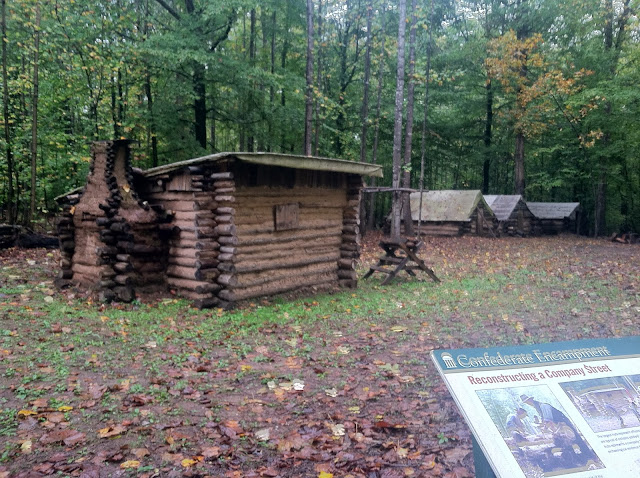 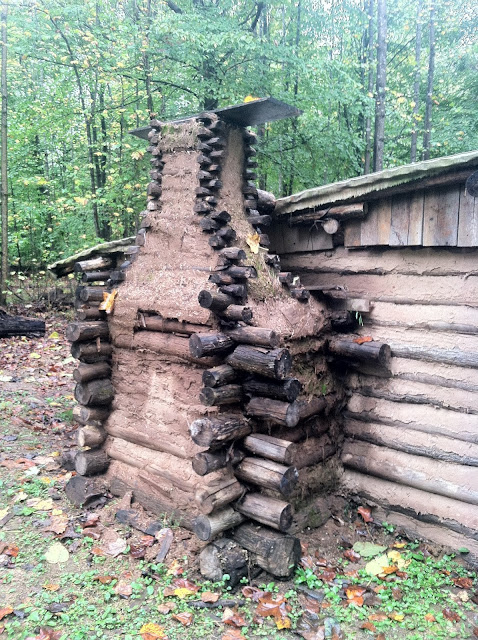 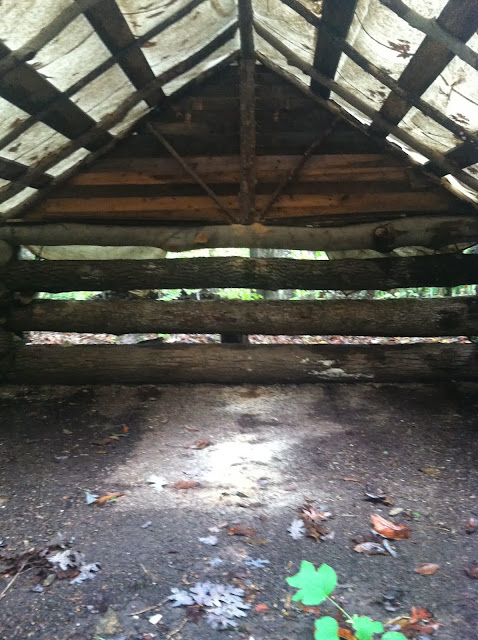 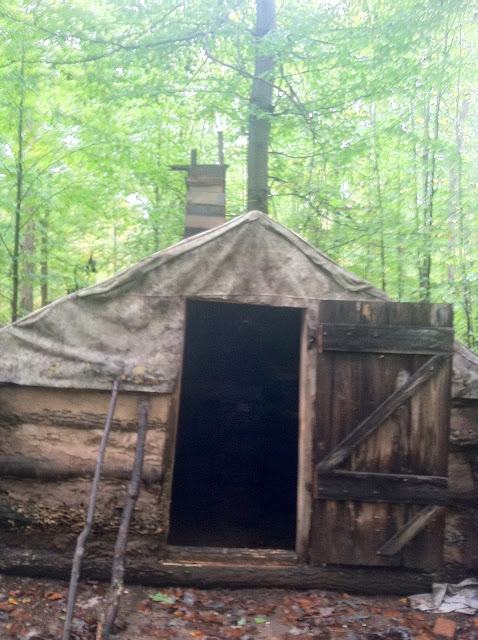 Continuing along the trail, I came to perhaps the most interesting stop. Back in March, I attended the Future of Civil War History Conference at Gettysburg College, where many attendees discussed the need for greater interpretation at public history sites of the era of Reconstruction. Many pointed to the lack of Reconstruction historic sites as a major barrier to expanding interpretation. In truth it is rare to find such sites. But the Montpelier Foundation has preserved just such a place: The George Gilmore Cabin. 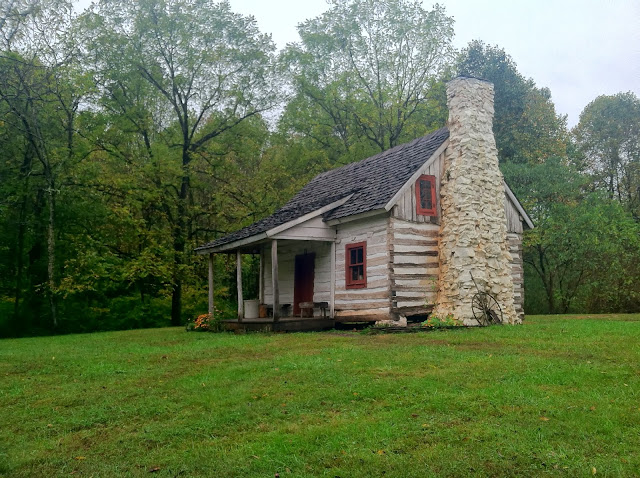 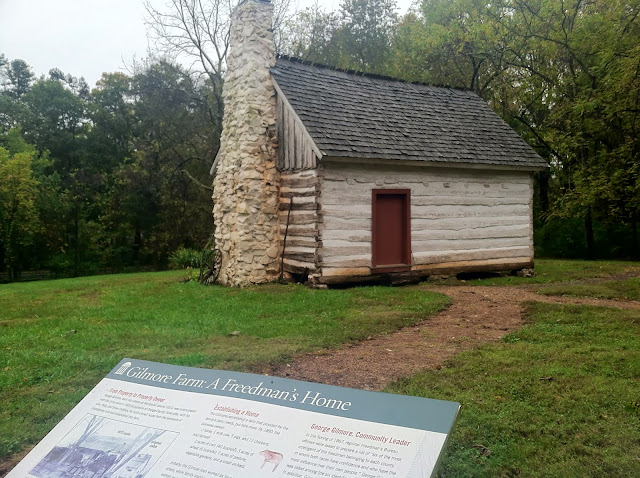 On the plantation owned by the father of the Constitution, George Gilmore was born into slavery around 1810. For the first 55 years of his life, Gilmore was property. First owned by Madison himself, George stayed on the Montpelier plantation after Madison's death in 1836, likely owned by several different masters. Gilmore and his wife Polly were emancipated when the Union army occupied Orange County in 1865. Shortly thereafter, he utilized the remains of the Confederate winter camps around Montpelier to build a small cabin for his family. In the 1870s, he replaced that structure with the larger one that stands today. Utilizing archeology, oral history, and census records, the Montpelier Foundation has learned a great deal about the Gilmore family. After emancipation, George initially sustained his family by working as a laborer, a carpenter, and a saddler. Eventually, he was able to buy this small plot of land from James Madison's grand nephew, and to establish a small family farm here. The 1880 Census listed Gilmore as a farmer and not a laborer, indicating that he had control over his own crop production. Three generations of Gilmore's lived on this land up until 1920. 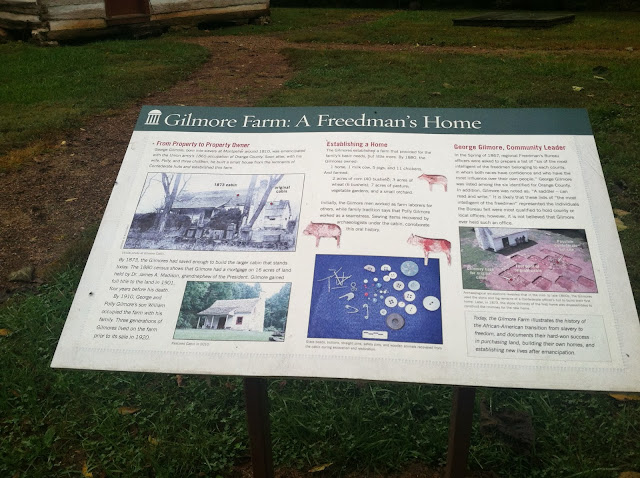 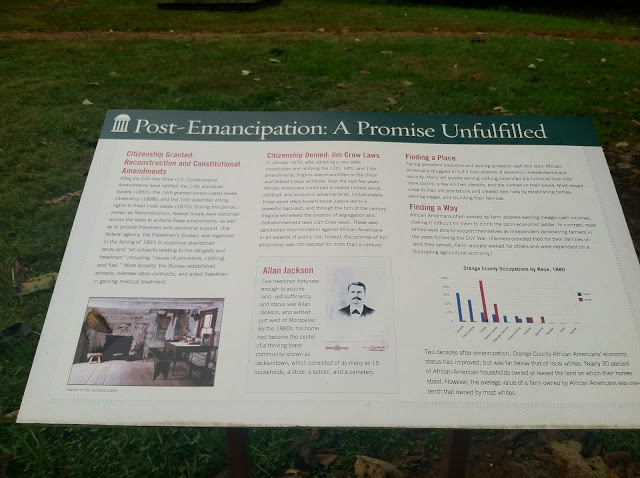 The interpretive signage erected here by the Montpelier Foundation tells the story of the Gilmore family, but also reflects on the larger experience of African Americans in Orange County during the period of Reconstruction. In the immediate aftermath of the war, federal troops garrisoned Virginia to enforce the recently passed 13th, 14th, and 15th amendments to the Constitution, and the Freedmen's Bureau was established to assist African Americans in the transition from slavery to freedom. In 1870, Virginia was readmitted to the Union, and over the next thirty years many of the social, political, and economic gains achieved by African Americans during the period of Reconstruction were reversed.

The final stop on the trail leads to the Gilmore family cemetery, where George and Polly were buried, along possibly with some of their children who died in infancy. After completing the loop I crossed route 20 and reentered the main gate at Montpelier. The Civil War & Gilmore Farm Trail is a fascinating interpretive loop that connects the father of the Constitution with the war caused by the slavery question the framers were unable to answer at Constitutional Convention, and the legacy of the dramatic transformation of the Constitution in the Civil War's aftermath.
Posted by Steve L at 1:37 PM