Following the Assault on Marye's Heights

Sunday turned into a sunny, 65 degree here in Virginia - the kind of February weather I could get used to after living in Central New York for seven years. Emily and I decided to take advantage of the weather to make a visit to a battlefield. My wife is a fan of strolling through historic urban landscapes, and so I thought Fredericksburg offered the perfect setting to combine both of our interests. This visit marked my fifth to the Fredericksburg battlefield, and my first in about ten years. On all of my previous visits I crammed multiple battlefields into one day. Now that we live a short drive away, though, we decided to take our time. We ended up spending our whole day focused on the battle for the city and the assault on Marye's Heights, leaving Jackson's front for another day.

While the National Park Service preserves the Confederate positions along the sunken road, development took over the open fields through which the Army of the Potomac advanced against the heights long ago. I remember feeling disappointed on my first few visits by how little you could visualize standing along the stonewall. As a result, I spent most of my time elsewhere, studying the ground along Jackson's lines, or moving on to Chancellorsville.

Getting a good sense of the assault on Marye's Heights takes some work, but it can be done. You can find interpretive signage throughout the town, and the NPS has developed two excellent walking tour scripts, "Fire in the Streets" and "Assault on Marye's Heights," which you can download for free online. We however decided to make use of the Civil War Preservation Trust's Fredericksburg Battle App. The App has four tours total; we focused our attention on tour (1), "The Fight for the Town," and tour (3), "Marye's Heights." Each tour features excellent, GPS enabled maps that help you move from stop to stop, while each stop has a detailed description of what happened there, often including audio clips of first-hand accounts and videos of Park Rangers interpreting the combat. The Trust's Battle Apps are free to download, and an excellent resource to have with you if you own a smart phone. 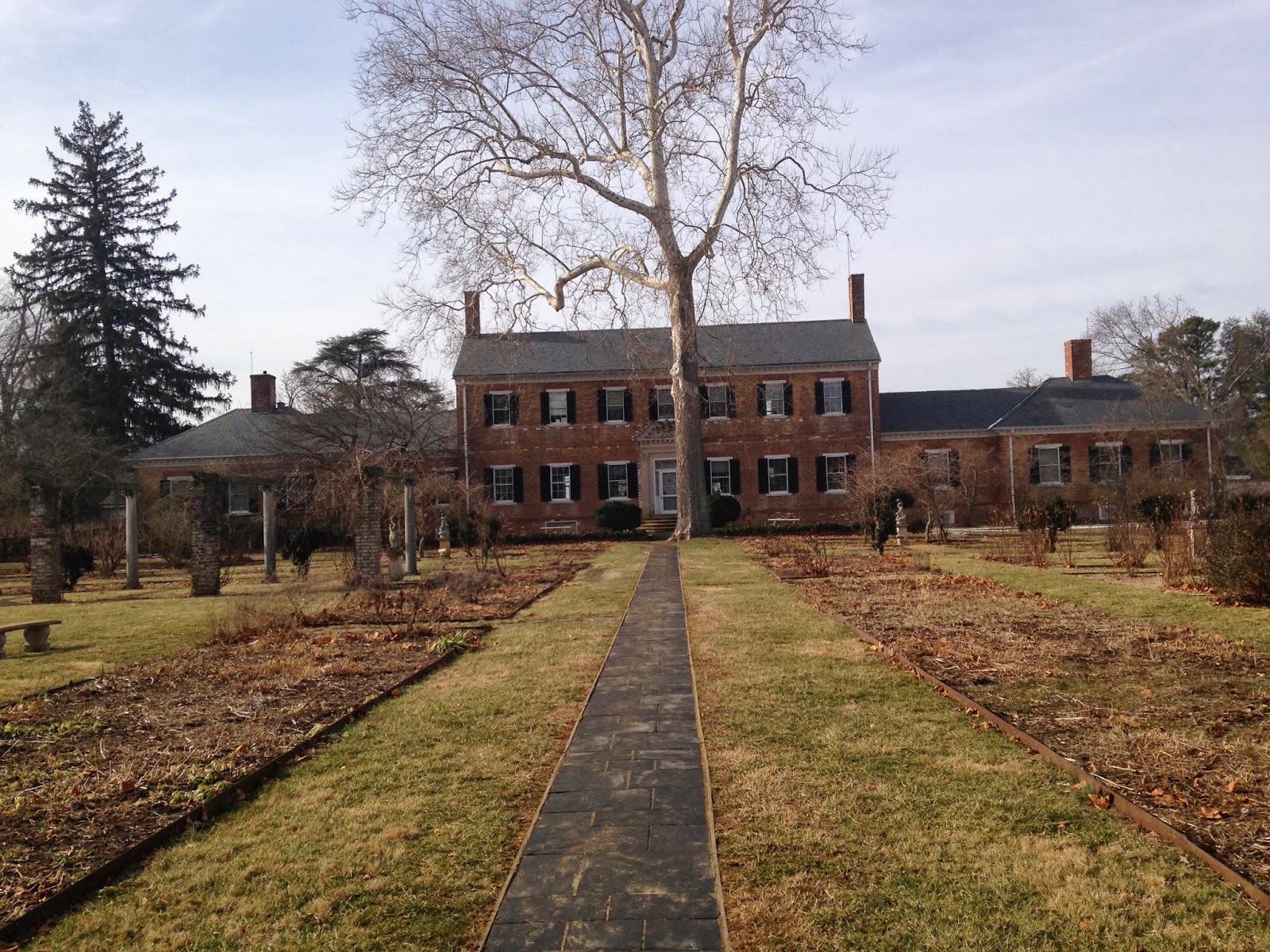 We began our visit on the opposite side of the Rappahannock River at Chatham. The Georgian mansion built between 1768 and 1771 overlooks the city of Fredericksburg atop Stafford Heights. We were the first visitors of the day, and an enthusiastic volunteer greeted us as we entered, and happily answered any questions that we had as we toured the exhibits inside the house. The overlook on the river side of the house is the perfect place to explain Burnside's plan, the attempt to build the pontoon bridges, and the bombardment of the city on December 11th.

After spending a good 45 minutes at Chatham, we jumped into our car, took a short drive over the Chatham Bridge into the historic downtown and parked our car in a public parking lot along Sophia Street. We spent the rest of the day on foot. We strolled down Sophia Street to the site of the upper crossing site, and learned about the river assault of the 7th Michigan. Our path then turned left, up Hawke Street, following the soldiers of the 7th Michigan, along with the 19th and 20th Massachusetts. In the intersection of Hawke and Caroline Streets, we paused to hear NPS Ranger Frank O'Reilly recount the 20th Massachusetts' bloody encounter with William Barksdale's Missippians.

The tour route then took us down Princess Anne Street, past many prominent buildings that stood in 1862, as we continued to learn about the urban combat of December 11th, the flight of terrified civilians, and the looting of the wrecked town that began that evening. At George Street, we turned right and began to make our way towards what would have been the edge of town in December of 1862. At Hurkamp Park we reached stop one of our second tour, the assault on Marye's Heights. This tour traced the route of the Army of the Potomac's multiple assaults against the heights on December 13th, leading us along George and Hanover Streets. While the development of the city has destroyed much of the distinctive landscape of the battlefield, such as the mill race federal soldiers had to cross under artillery fire, other features remain despite the development. The App and interpretive signage along the route did a nice job of pointing out the location of rises of ground and swales that still exist today and served as limited cover for the federal assault columns.

We paused our tour for a quick, inexpensive, but excellent lunch at the Sunken Well Tavern at the corner of Hanover and Littlepage, the site of Sisson's Store during the battle, and continued our hike past the Stratton House and up Mercer Street. Here soldiers from the 12th New Hampshire made it as far as any federal soldiers, about fifty yards from the stonewall. Finally, after a mile or so of hiking, we arrived at the Sunken Road and NPS land. We toured the Confederate infantry posts at the base of Marye's Heights, climbed the hill to view their artillery positions, and took a brief stroll through the National Cemetery before looping back around to begin our march back into the historic downtown. We concluded our day with a stop at Hyperion Expresso on the corner of Princess Anne and William Streets, a excellent spot that fueled us for the drive back to Charlottesville.

While you have to use your imagination along the way, you can still get a sense of the terrain and obstacles that made the assault against Marye's Heights such a disastrous undertaking. If you have the time to spend, and feel up for a walk of two to three miles, it will give you a better appreciation for the assault on Marye's Heights from Union perspective.